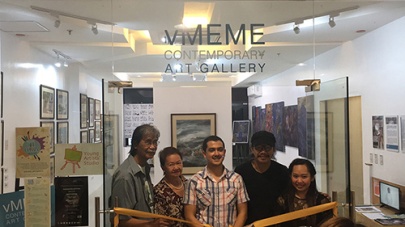 Ernie Patricio has always been expressing himself through his works from a very young age according to Mr. Oliver who is an artist and a tutor in Young Artists’ Studio.

vMEME opens their exhibition last September 30 in Alabang Commerce Centre for Ernie Patricio’s 72nd year mark of his works. His paintings and sketches are deeply rooted from his experiences and point of view in life: freedom, poverty, nostalgia and even climate change. These works of art are shown in the best mediums he can use to express them. 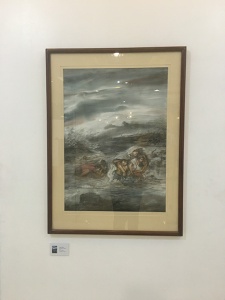 His most recently recognized work “Kay Lupit Mo Yolanda” in water color was his representation of the devastating storm that came over the lands of the Philippines. It speaks about the tragedy in that time and the beauty in struggle of all affected families and communities that cared for them after the incident. All of his art were a clear expression of yearning brought by the years of him being an OFW and battling cancer, perception of socio-political policies and the simple day to day phenomena.

With his skill, he is able to show his art through different forms of medium such as heavy inking in his comic art world, rough strokes with splash of color in his simple illustrations, watercolour bursts in his scenery works, acrylics for expressive intention in movement and other medium that he can freely manipulate. 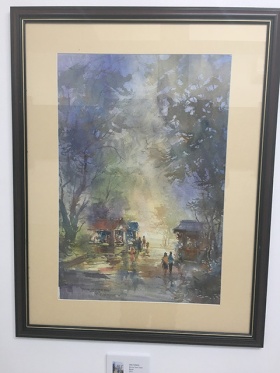 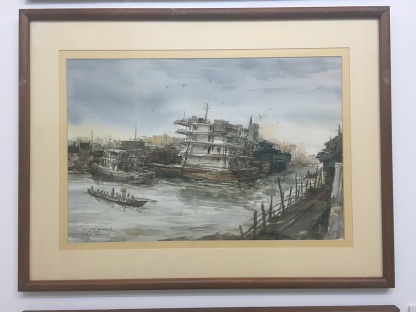 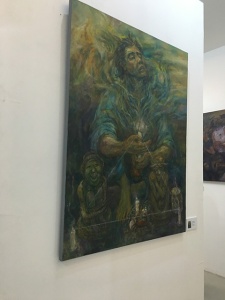 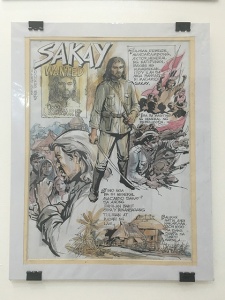 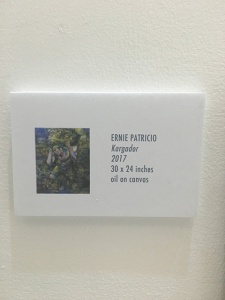 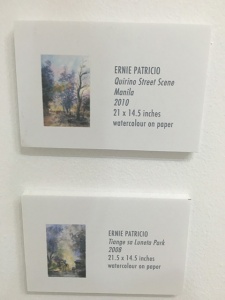 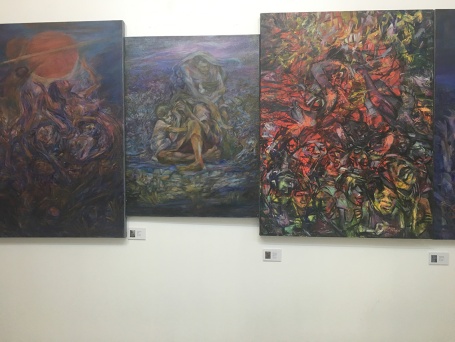 “Each of Mr. Patricio’s works is a vessel: he transports us to different locales and contexts he himself have experienced, and which are also part our collective memory and community. His sojourns, as much as ours, are not separate, rather are located on the same thread, same breadth of life,” shares guest curator, Frani Madrid. 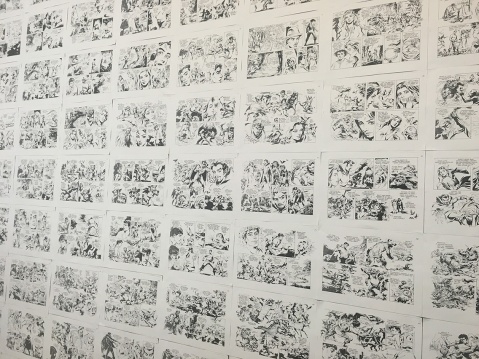 Wall covered with his comics

He also spoke about abuse of human rights, injustice, life lessons and a dream for a humane community through his comics of historical figures such as Princess Urduja Macario Sakay, numerous DC comics, Liwayway and other type of publications. 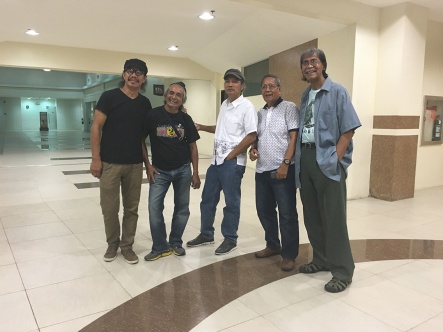 In every stroke and ink he makes, he yearns the public to take a moment and acknowledge the heart-rending beauty of our country today.

He is not only an inspiration for his work of arts but his humility and understanding of our country’s concern towards a better community and a healthy environment. 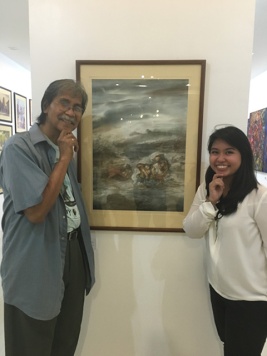 I was fortunate enough to be able to get a photo with Sir Ernie Patricio posing with his signature thinking habit with him.

Rather than talking about his works, Sir Ernie was more enthusiastic to talk about what is currently happening with his friends which some of them were the heads of Art Association of the Philippines.

When everyone was resting after the show, Sir Oliver and I were talking about his paintings however since we were both interested on how the paintings were made, he explained to me the properties of art, drawing style, use of different mediums and even his experiences from his Art school while we were looking around the gallery. He then told me that he was also preparing for an art gallery of his work this coming October 13-15 in SM Aura and even invited me to attend the showing.

When I had the time to talk to Sir Ernie Patricio himself, he was more interested to know about my interest in comics. I told him that I was a fan of Carlo Vergara with his work Zsazsa Zaturnnah and he explained how different the style before compared to the current.

He explained that Filipino comics today are heavily influenced by western style. Ironically he worked in in DC comics at his time was a building community of comic artist. Meaning the style could have come from them because there were many Filipino artists there. It was unfortunate that the comic industry in his time was not doing well in the country which led him and people like him to work in a different country.

After the conversation, I was able to ask a picture with him in front of his current well know art “Kay Lupit mo Yolanda”.